At Both Ends Of The Leash-Abridged from Charles Morris on Vimeo.

My buddy Brad called me up around May 1st, 2016 and said he had a project.  It took me a few meetings to grasp fully that I’d be required to film INSIDE of a medium security prison.  This was also going to be pretty much my first crack at shooting and editing a documentary that mattered to me on such a strong level.  I instantly had a vested interest besides paid work.

I have always wanted to volunteer in prisons.   I have just always wondered what it was like.  What are the lives of inmates really like?  What is it like for them when they are released?  I also wanted to be able to be of service somehow to inmates in terms of breaking down the “us” and “them” construct that most of “us” have.

We all see and watch shows like Oz, Orange is the New Black, or more recently Prison Break.  But what did someone like me really know about a world so different?  Not much.  This project was about to take me closer than I ever thought I would get.

Ears, Eyes, Nose and Paws (EENP) trains service dogs for people with disabilities.  They recently began working in a medium security prison here in NC.  They were training inmates to work with the puppies.  Inmate trainers who commit to the program are paired with a puppy that lives side by side with them for over a year.  They sleep together, go outside together…they are literally together at all times.  During that time the inmate trainers, under the guidance of EENP staff, are bringing along the pups to a very high level of service competence.  I didn’t even know dogs could do what these trainers were having them do.

Anyway…EENP was about the graduate some of the dogs and they were having a ceremony.  The problem was that the public wasn’t allowed to attend a ceremony in prison.  So EENP needed a way to bring the experience to an audience out here…hence the video idea was born.  There was to be a public celebration where the video would be screened.  My task was to create something…somehow…that captured the spirit of what EENP does, along with the graduation ceremony.

I could go on and on and on about how incredible this experience was.  I had so many “I must be dreaming” moments.  My first big project and there I was, filming in a prison.  Was I ever nervous about not getting it right?  Oh hell yes!

But just to keep this brief, I loved every minute of it.  And I did indeed learn an immense amount about prison life.  Us and them ceased to exist for me.  I feel flummoxed about what more to share here, because honestly it would be a book.

I’ll skip to the end then…

Watch it.  Convince your friends to watch it.  It’s about real life prisoners/inmates instead of paid TV actors.  These are real people who are working hard to better their lives and the lives of others.  And…there are tons of cute DOGS in the video…and it doesn’t get better than that.  You get your dose of hard hitting reality and a nice blend of…smiles.  Yes, people in prison smile.

There is an abridged version, which is the one included above.  The EXTENDED version has the full graduation speech, which is worth the watch for sure.

I want to give a huge shout out to Alan Lorden, who composed all original music for this movie.

Also it never would have come together without the direction, guidance and intuition of Brad Bethel, who also is the Director of the award winning documentary, Unverified. 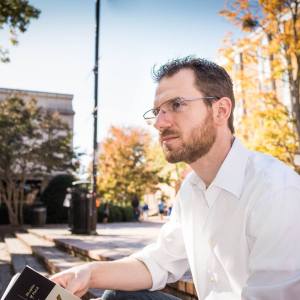 But the film, in my mind, is definitely dedicated to EENP and all the hard work that they and the inmates put in to keep At Both Ends Of The Leash afloat.