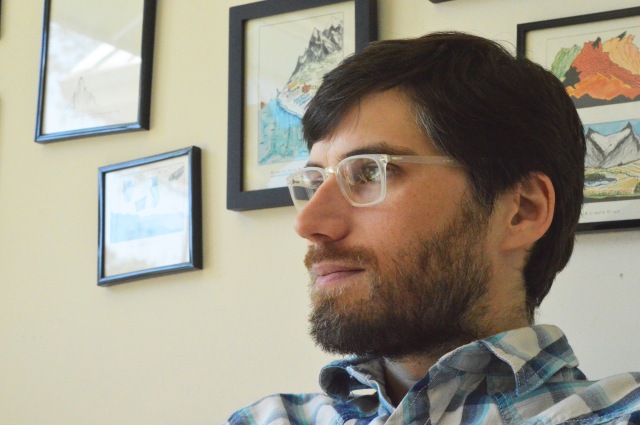 He needs some new headshots and when we made the video below…he asked me to snap a few shots.

He has just put his new site together and after I emailed him to confirm that they were waiting for him there in the Dropbox folder…I think “hey, I should drop by his site and take a look around.”

Then I read to the bottom of the home page (as you may have just done as well) and saw the following:

“In a past life, Phil was a musician for Baobab and Crowdsource. One song ended up on a GoPro commercial (here).”

I click on the link to watch the following video:

First of all…what a fricking gorgeous video.  Secondly…my buddy Phil made the awesome music and though I knew he did more than talk about the end of the world…I didn’t realize that he was on that kind of level as a musician.  Well done Phil!  What a (humble) guy.  When I ask him about his musical past he only says “I used to play music”.

The reason my posting here is titled “Small World” is because in my other, non- video, life I have a part time job in an outdoor retail shop where we sell GoPro cameras.  We have a kiosk for GoPro with a screen that plays GoPro vids on a loop.  The video I have been watching now for over 2 years has this pelican in it!  All this time I have been watching a video that Phil helped make and I never even knew it.